Mould is a term that refers to fungi that use microscopic spores to reproduce. Out in the wild, these moulds are an important part of the ecosystem, since they help organic materials to biodegrade.

Inside our buildings, some moulds can rot our food and houseplants, while some others can affect the structural integrity of the building and even our health. Mould usually has a fuzzy appearance, and can be brown, black, green, orange, purple or pink.

When it comes to the mould’s toxicity, it’s important to remember that mould may be black in colour without actually being the toxic black mould known as Stachybotrys chartarum. This particular type of mould is capable of releasing mycotoxins, which can cause severe health problems like fever, bleeding in the lungs, and more.

GET A FREE QUOTE 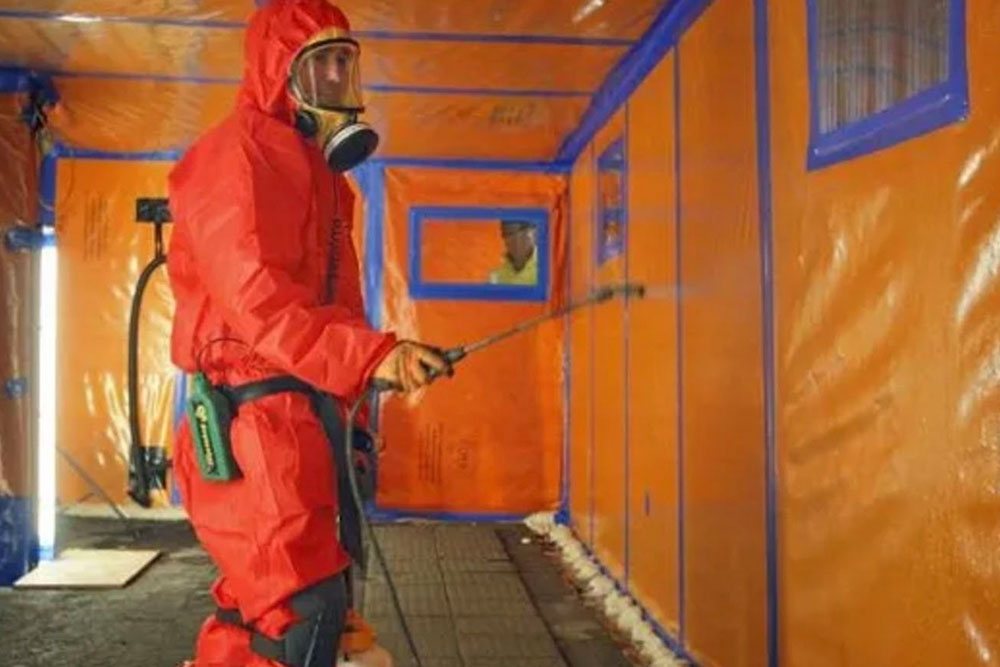 HOW DOES MOULD GROW?

Mould starts with the presence of microscopic spores. These spores are released into the air from previous mould growths, and travel until they find a food source. This food source can be outdoors or indoors, as long as the conditions are right. Mould loves a damp environment, so the spores will drop into any area where there is excessive moisture. They can attach themselves and begin to grow on clothing, soft furnishings, wood, plaster, books, drywall…virtually any surface you can think of provided it is in a damp environment. Mould will quite often occur where there is a leak in a pipe, where a flood has occurred, or where there is a lot of humidity (such as a bathroom or steam sauna).

HOW CAN I PREVENT MOULD?

Since mould needs moisture to grow, you can help prevent its growth by either removing the sources of moisture or taking steps to reduce the amount of moisture in the air. Here are a few things you can do to prevent a problem:

I’VE GOT MOULD. NOW WHAT?

The problem with mould is that it likes porous materials. You can certainly scrub mould off the surface of a porous material, but that doesn’t address what’s growing under the surface where you can’t reach. The other problem with mould is that no matter what kind you have growing in your home, prolonged exposure to it can cause health problems, such as allergic reactions, difficulty breathing, fever, shortness of breath, and so on.

If the problem is more than just a bit of mould on a hard surface, it’s best to hire a professional. Harbour City Environmental Services will work with you to determine the size of the problem and what steps need to be taken to combat the mould infestation, with your health as our top concern. We are equipped to handle any size project, from cleaning to removal of the infested material. Our goal is to make sure you can breathe easy, knowing the job was done right.

Thank you for your very professional and promt response. I wish I had found you before I spent money on a competitors theme.

You we’re very professional and quick. We will recommend your services to our friends.

We had floods in our town and we lost our electricity. You and your team got us back up and running in no time. Thanks Avada!

Need our help removing hazardous material? Fill out this form to get in touch.